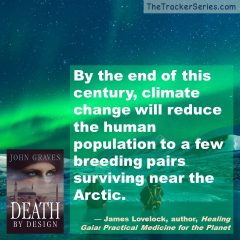 Check out these doomsday predictions that did not come to pass (some in the past or present and a few in the future): By 1974, environmentalists declared that America would be subject to water rationing by 1974 (declared in 1970). By 1975: By the late 1970’s, Paul Ehrlich, author of The Population Bomb, predicted that […] 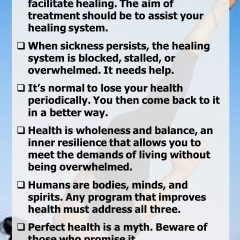 10 Principles of Health Below are ten principles for better health as formulated by Dr. Andrew Weil. Optimum health should bring a sense of strength and joy. The true purpose of medicine is to facilitate healing. The aim of treatment should be to assist your healing system. When sickness persists, the healing system is blocked, […] 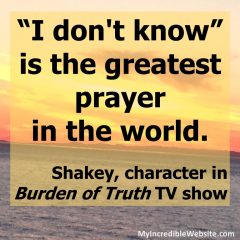 The Greatest Prayer in the World

“I don’t know” is the greatest prayer in the world. — Shakey, character in Burden of Truth TV show 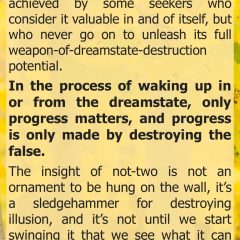 Jed McKenna: On Nonduality as a Sledgehammer

Nonduality, the certainty of one and the certain impossibility of two, is an example of a minor epiphany that is achieved by some seekers who consider it valuable in and of itself, but who never go on to unleash its full weapon-of-dreamstate-destruction potential. In the process of waking up in or from the dreamstate, only […] 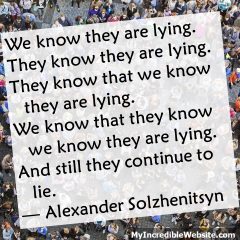 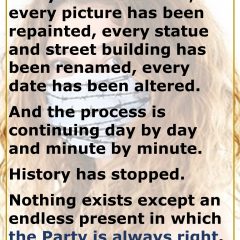 Every record has been destroyed or falsified, every book rewritten, every picture has been repainted, every statue and street building has been renamed, every date has been altered. And the process is continuing day by day and minute by minute. History has stopped. Nothing exists except an endless present in which the Party is always […] 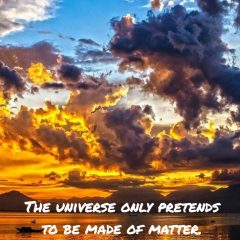 The universe only pretends to be made of matter. Secretly, it is made of love. — Daniel Pinchbeck, founder of Evolver.net I wish I had written this. The Universe is made of Love. 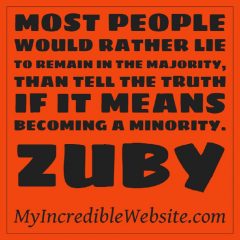 Most people would rather lie to remain in the majority, than tell the truth if it means becoming a minority. — Zuby, rapper 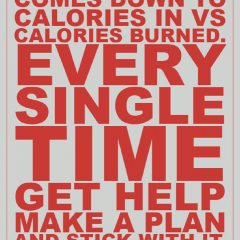 Obesity is a heavy cross to bear. For many, yes genetics play a role (triggering false hunger responses and more). But just as surely as obesity is unhealthy, it ultimately comes down to calories in vs calories burned. Every. Single. Time. Get help, make a plan, and stick with it. — Steven Crowder Source: Steven […] 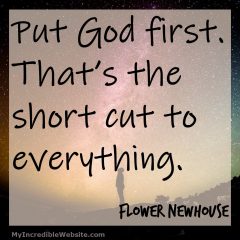