Check out these doomsday predictions that did not come to pass (some in the past or present and a few in the future):

In 1968, Paul Ehrlich, author of The Population Bomb, predicted that “In the 1970s hundreds of millions of people will starve to death in spite of any crash programs embarked upon now.”

By 1973 air pollution will take hundreds of thousands of lives, so predicted Paul Ehrlich in 1970. More than 200,000 Americans would die in 1973 during smog disasters in New York and Los Angeles.

Air pollution “is certainly going to take hundreds of thousands of lives in the next few years alone.” so said Paul Ehrlich in 1970.

By 1974, environmentalists declared that America would be subject to water rationing (declared in 1970). Hasn’t happened yet, at least in most states.

By 1975: By the late 1970’s, Paul Ehrlich, author of The Population Bomb, predicted that there would be massive food shortages leading to the starvation of hundreds of millions of people.

Ehrlich’s recommendation: The United States is already too big, that birth control may have to be accomplished by making it involuntary and by putting sterilizing agents into staple foods and drinking water, and that the Roman Catholic Church should be pressured into going along. 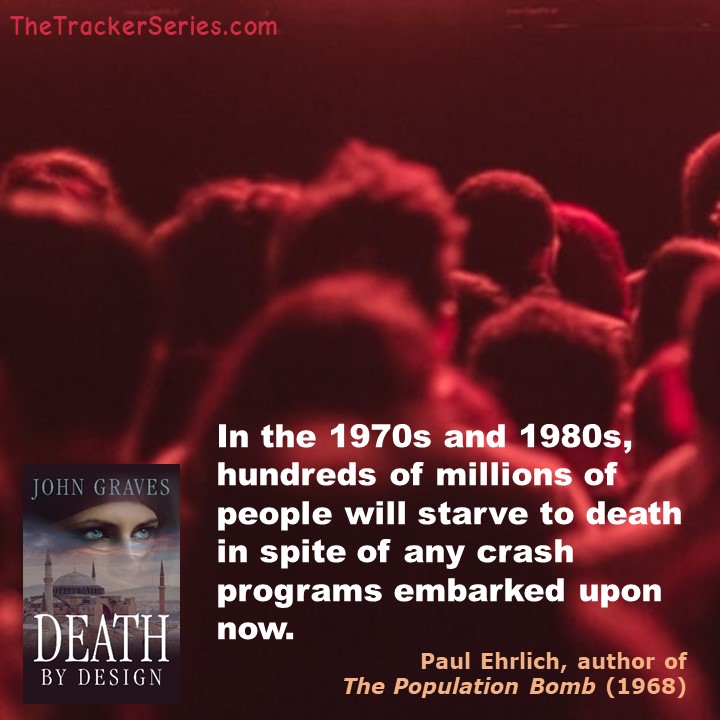 By 1980, in a 1970 interview for Mademoiselle  magazine, Paul Ehrlich asserted, “The death rate will increase until at least 100-200 million people per year will be starving to death during the next ten years.” That many people did not die during any such 10-year period. At no time has 100 million or even 10 million people starved to death anywhere in the world.

By 1980, city-dwellers will need to wear gas masks to survive air pollution. Have you seen many people wearing gas masks in the cities you visit or live in? I haven’t seen any.

By 1980, environmentalists declared that America would be subject to food rationing (declared in 1970). Food rationing still hasn’t happened.

While there have always been famines and warnings of famine, food experts generally agree that the situation now is substantially different. The problem is becoming so acute that every nation, institution, and every human being will ultimately be affected. — New York Times, 1969, on writing about food shortages due to population growth

1980 to 1989: The Great Die-Off. In the 1970 Earth Day issue of The Progressive, Paul Ehrlich predicted that 4 billion people, including 65 million Americans, would perish in the Great Die-Off during the 1980s.

If we are unprepared for the next advance, the result could be hunger and death on a scale unprecedented in all of history. … During the lifetime of our grandchildren, arctic cold and perpetual snow could turn most of the inhabitable portions of our planet into a polar desert. — Leonard Nimoy, host, In Search of the Coming Ice Age (1978)

An international team of specialists has concluded from eight indexes of climate that there is no end in sight to the cooling trend of the last 30 years, at least in the Northern Hemisphere. — New York Times, 1978

Ten years before global warming became an invented political meme, we were told to watch out for the coming Ice Age. 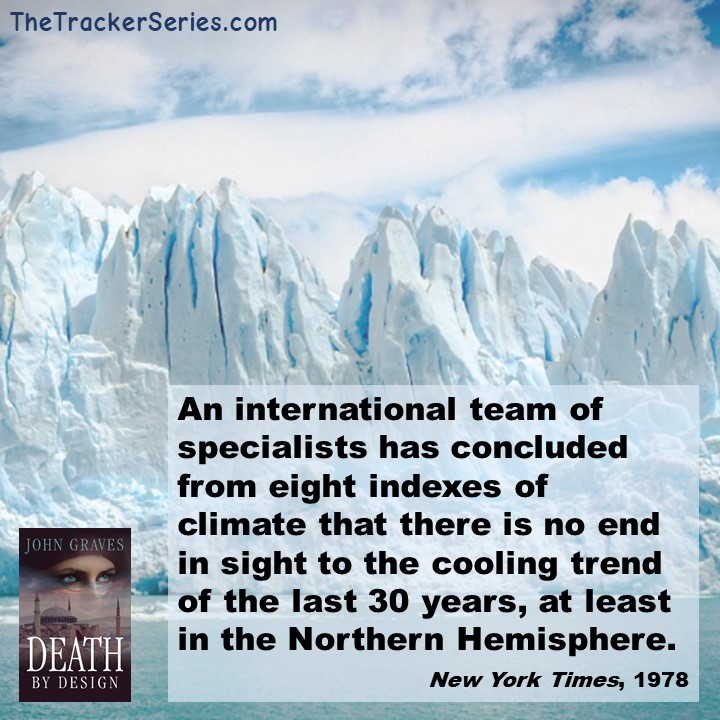 By 1989, everyone will disappear in a cloud of blue steam (so proclaimed a New York Times headline in 1969). Apparently the Times thought the scientific consensus declared that an impending apocalypse was coming due to environmental pollution. 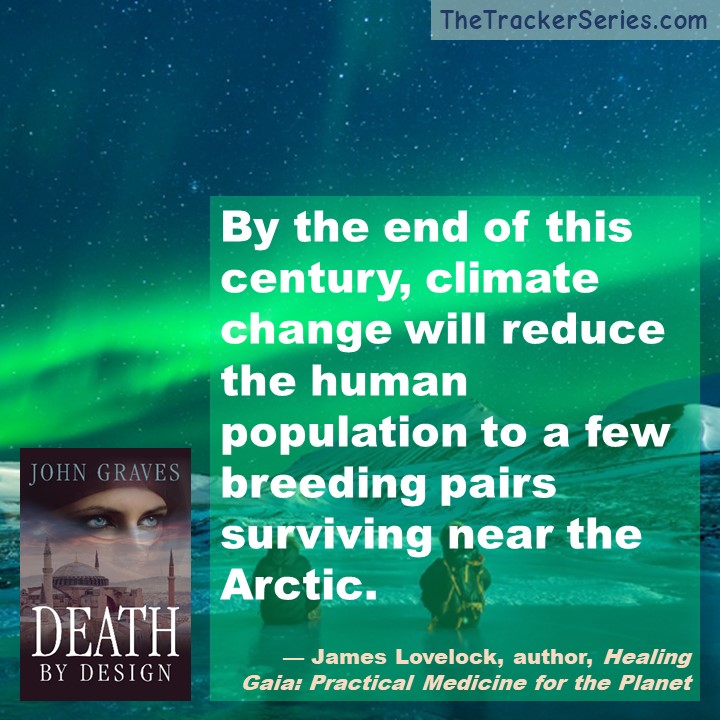 By 2000, global temperatures will be 11 degrees cooler. We will be in a new Ice Age. So proclaimed a few NASA scientists in 1970.

A 1974 Time magazine headline warned of Another Ice Age?

In a letter to then President Nixon, The Department of Geology at Brown University warned of an imminent new ice age (early 1970s).

By 2000: The world as we know it will likely be ruined before the year 2000. … World food production cannot keep pace with the galloping growth of population. — Environmental Fund letter (1975) 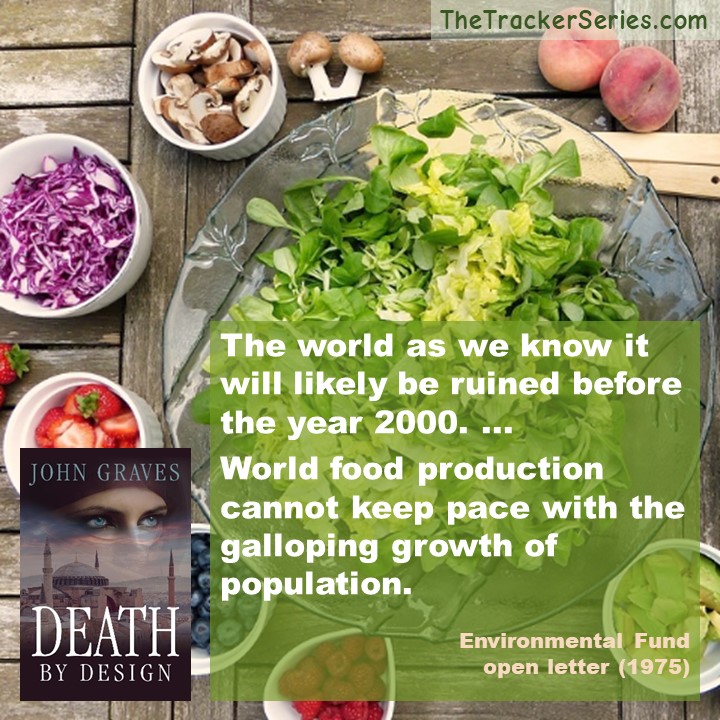 We should be underwater—some of us would be Kevin Costner on a catamaran, but the rest of mankind, poof. Of course, Al doesn’t live in a grave—he lives in a mansion that has a bigger carbon footprint than 99.99 percent of American homes. — Jim Thompson, Redstate cartoonist (https://redstate.com/jimthompson/2022/07/27/cnns-climate-correspondent-predicts-all-life-on-earth-is-about-to-end-n602728) 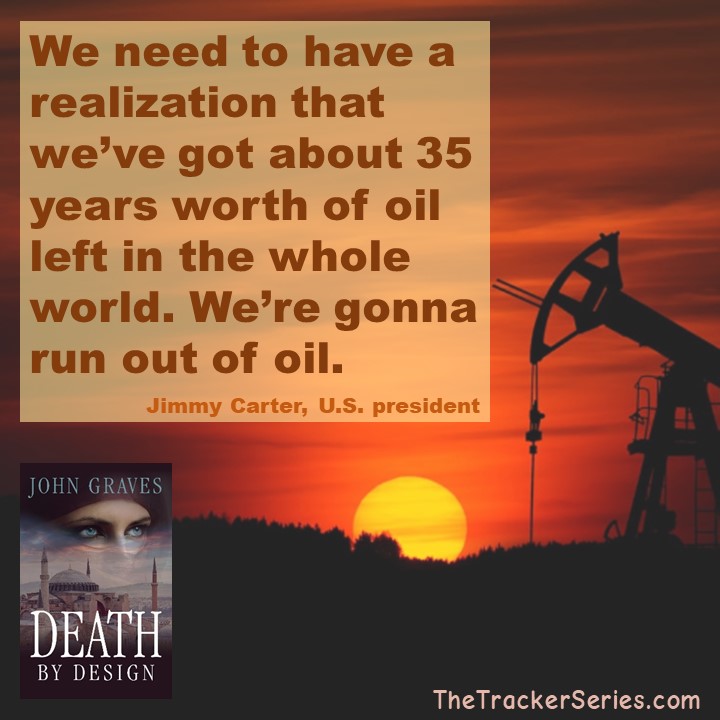 Warming fears are the worst scientific scandal in history. When people come to know what the truth is, they will feel deceived by science and scientists. — Dr. Kiminori Itoh, physical chemist

In 2016, Hillary Clinton will win the popular vote by double digits and defeat Donald Trump in an Electoral College landslide (as predicted by multiple pollsters).

By 2018: Environmental activists predicted the disappearance of the Maldive Islands: A gradual rise in average sea level is threatening to completely cover this Indian Ocean nation of 1196 small islands within the next 30 years (predicted in 1988 news reports).

Some so-called experts predicted island nations being obliterated by 2000. Thankfully, that didn’t happen.

Other so-called experts predicted that part of New York City would be submerged by 2019. Of course, it didn’t happen.

By 2020, so-called experts predicted that Great Britain would be as cold as Siberia (predicted in 2004). This did not happen.

In 2020, the COVID-19 pandemic will result in as many as 2.2 million U.S. deaths. The reality? The CDC reported 377,883 COVID-related deaths in 2020. Sadly, that’s still a lot of deaths, but less than a fifth of what was hysterically predicted.

By 2020: Signs at Glacier National Park had to be replaced after predicting that their glaciers would be gone by 2020.

In 2022: Inflation will come down. This is not exactly a doomsday prediction, but it is likely another false prediction from those who should know better.

What people should know is that inflation is going to come down next year. Economists have said that. They’re all projecting that. — Jen Psaki, White House press secretary (October 2021). 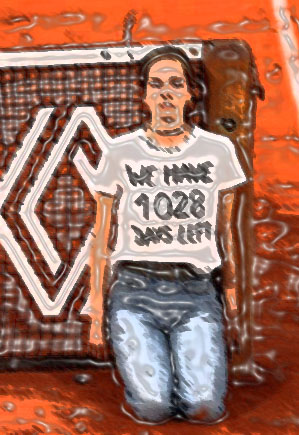 By 2029: Science tell us that we have nine years before the damage is irreversible. — Joe Biden, U.S. presidential candidate in 2020

By 2030, a billion people will be displaced by climate change. — World Economic Forum (2017 video) 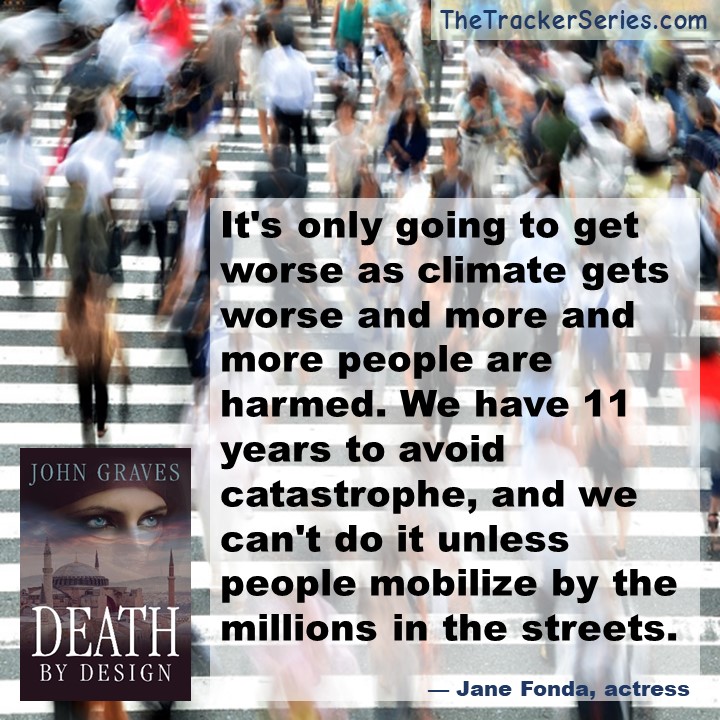 By 2030: Pete Buttigieg claims the planet will be at the point of no return by 2030 if no action is taken.

This is the hardest thing we will have done—certainly in my lifetime—as a country. This is on par with winning World War II, perhaps even more challenging. — Pete Buttigieg

By 2031: The world is going to end in twelve years if we don’t address climate change. — Alexandria Ocasio-Cortez in 2019

We cannot allow the climate crisis to become a catastrophe. … Some of us are going to have to live on this planet in fifty years. — Alexandria Ocasio-Cortez in 2021 (after predicting that the WORLD was going to end by 2031!).

2032: There is a very real risk that America will not be a democracy in ten years, predicted U.S. representative Alexandria Ocasio-Cortez in February 2022.

I think there’s a very real risk that we will not. What we risk is having a government that perhaps postures as a democracy, and may try to pretend that it is, but isn’t. — Alexandria Ocasio-Cortez

By 2050, consistent with rising global temperatures, climate idiots predicted that 15 U.S. cities will be under water. Prediction: Not going to happen. A scare tactic.

Within the lifetime of Prince George, much of Buckingham Palace could be underwater. — Daily Mail, based on a Climate Central study in 2021.

The rapid death of unusually high numbers of human beings through disease can seriously dent the human population. Carried to an extreme, it is not too hard to imagine it wiping out the human species. — Isaac Asimov (no date set) 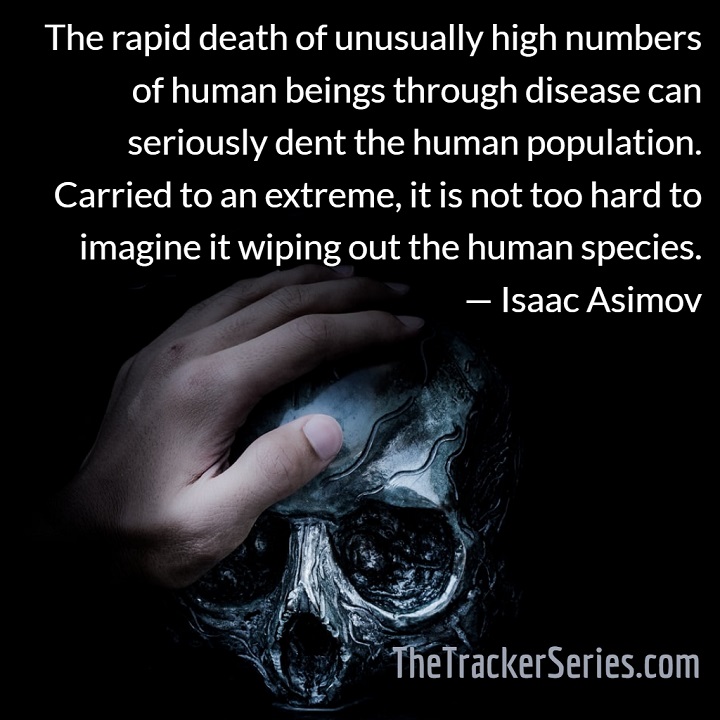 And one prediction that has sadly come true:

In 1995, a year before he died, Carl Sagan predicted the following would happen.  Sadly, it has come to pass.

I have a foreboding of an America in my children’s or grandchildren’s time—when the United States is a service and information economy; when nearly all the manufacturing industries have slipped away to other countries; when awesome technological powers are in the hands of a very few, and no one representing the public interest can even grasp the issues; when the people have lost the ability to set their own agendas or knowledgeably question those in authority; when, clutching our crystals and nervously consulting our horoscopes, our critical faculties in decline, unable to distinguish between what feels good and what’s true, we slide, almost without noticing, back into superstition and darkness.

The dumbing down of America is most evident in the slow decay of substantive content in the enormously influential media, the 30-second sound bites (now down to 10 seconds or less), lowest common denominator programming, credulous presentations on pseudoscience and superstition, but especially a kind of celebration of ignorance. — Carl Sagan, cosmologist

The left has become the boy that cries wolf. We can only be told so many times that the world will end if we don’t adopt their policies so many times before we just start to tune out. It is surprising it took this long, but regardless, many have gotten there. — Brandon Morse, columnist, RedState (April 2022) 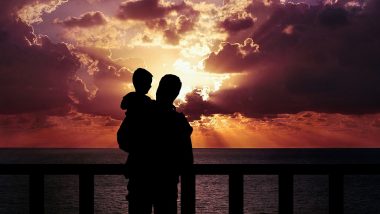 Health and Fitness The 2020 Election Coup