Charles Eames, Jr., architect and designer. He briefly studied at Washington University in St. Louis on an architecture scholarship, but he left the university after two years. He later study architecture at the Cranbrook Academy of Art, where he became a teacher and head of the industrial design department.

Johnny Earle, founder of Johnny Cupcakes. Dropped out of music school to sell limited-edition T-shirts out of the trunk of his ’89 Camry. The Boston Globe has named him one of the most innovative business leaders in Massachusetts.

Steve Earle, singer, songwriter, actor, playwright. At 16, he dropped out of college to become a songwriter.

George Eastman, multimillionaire inventor and founder of Kodak. He was a high school dropout.

Famous, Rich, and Successful People Who Were High School or College Dropouts, including Clint Eastwood, Thomas Edison, Larry Ellison, and others. Click To Tweet

Clint Eastwood, Oscar-winning actor, director, and producer. He attended at least half a dozen schools and excelled at none of them. He enrolled at Los Angeles City College, but never graduated. Among other jobs, he bagged groceries, delivered papers, fought forest fires, dug swimming pools, and worked as a steelworker.

Mark Ecko, founder of urbanwear company Mark Ecko Enterprises. He left Rutgers University during his third year to start his company with his sister, Marci, who also left college to work on the business.

Thomas Edison, multimillionaire inventor of the phonograph, light bulb, and many other inventions. He quit formal schooling after his teacher called him addled. He was then home-schooled by his mother.  He joined the railroad at the age of 12.

John Edson, billionaire leisure craft manufacturer. He dropped out of the University of Washington. He then started building boats in his garage.

Zac Efron, actor, singer. Had been accepted by the University of Southern California, but chose to continue pursuing acting instead. He hasn’t ruled out more study. His biggest regret? Not going to college.

Tamsin Egerton, actress. She attended Ditcham Park School near Petersfield in England where she often skipped school to do modeling shoots. After finishing high school at the age of 16, she decided to pursue acting rather than attend university.

William Eggleston, photographic artist. A major retrospective of his work opened in November, 2008, at the Whitney Museum of American Art. He attended Vanderbilt and the University of Mississippi without graduating. At Ole Miss, he did study painting which eventually led to his interest in artistic photography. 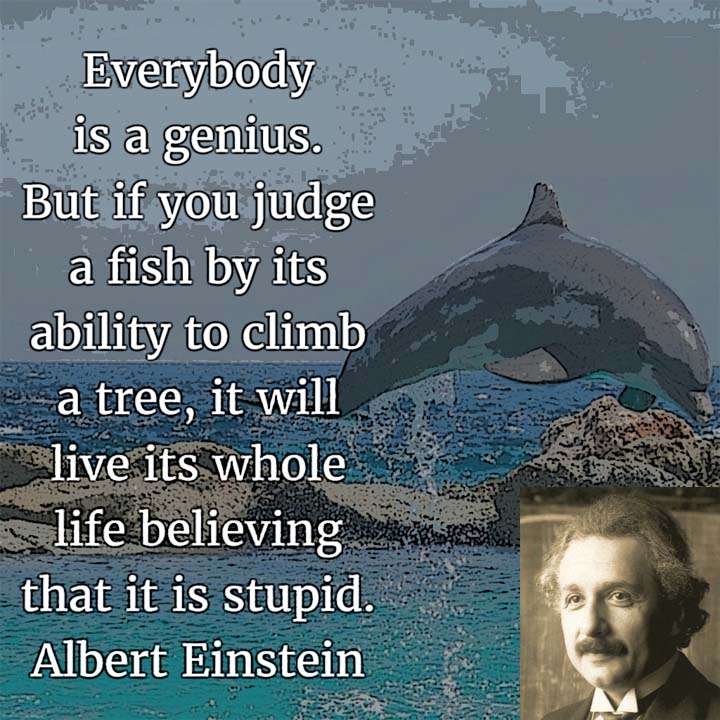 Albert Einstein, Nobel prize-winning physicist, discoverer of the General and Special Theories of Relativity. At the age of 15, he dropped out of prep school because of its militaristic bent. He later attended and earned a PhD from Zurich Polytechnic. At the age of 16, he conducted a thought experiment that led to his theory of relativity.

Reader Comment: You mention that Albert Einstein was a drop out. He actually wanted to skip some of the mundane subjects that he found to be extremely non-cerebral. In 1900, he graduated from the Federal Polytechnic in Zurich. It’s regarded as one of the leading universities in the fields of chemistry and physics.

Reader Comment: A polytechnic institute is not a college. It’s a vocational school and in the Zurich case it focused on Engineering and Science. Schools in Europe are slightly different than schools in the U.S. This was considered a “college” because secondary schools are not mandatory nor usually paid for by the state.

Einstein is the epitome of why college education is only necessary when a person lacks certain skills… kind of like special education. Since it’s the norm here in America … and there’s a lot of money involved… we like to think everyone needs college or they are simply not smart. Beyond this series of articles, I can easily list 5 more examples of people who never went to college and yet they are in the top 2 percent of intelligent people in their field, you, I or anyone will ever meet; much smarter than thousands of college students I’ve had the pleasure of meeting.

Actual education is about one’s ability to overcome the obstacles of not understanding – without getting frustrated – and continuing to learn. Once that is mastered, you don’t have to pay hundreds of thousands of dollars for someone to spoon feed information to you, a lot of which, has no real world application.

Rafi Eitan, Israeli spy who captured Adolf Eichmann. At the age of 12, he joined the forerunner of the Israeli army, the Haganah, and was soon asked to join its elite branch. He never went to college.

Daniel Ek, billionaire cofounder of Spotify, software engineer. After high school, he enrolled at the Royal Institute of Technology in Sweden to study engineering. After eight weeks, he dropped out. Via programming he became a millionaire by the age of 22. He hacked Google to pay them back for rejecting his job application because he didn’t have a college degree.

Ansel Elgort, actor. He has not yet attended college.

Queen Elizabeth II, queen of England. She was tutored at the palace. She never attended a school.

Duke Ellington, bandleader, composer. He dropped out of high school.

Famous, Rich, and Successful People Who Were High School or College Dropouts, including Duke Ellington, Daniel Ek, Ansel Elgort, Megan Ellison, and others. Click To Tweet

David Ellison, founder of Skydance Media and film producer. He attended the University of Southern California but dropped out in 2005.

A Latin teacher once told me that the F she gave me would ruin my life. I didn’t believe her and told her so. — Larry Ellison

Megan Ellison, founder of Annapurna Pictures and film producer. She attended the University of Southern California but did not graduate.

Karen Elson, singer and supermodel. She left school when she was 16 and spent the next few years modeling in Milan, Tokyo, Paris, and New York.

Philip Emeagwali, supercomputer scientist. He was a high school dropout. He left school in his native Nigeria due to war but later earned an equivalency degree. He won a scholarship to Oregon College of Education but transferred after one year to Oregon State University.

Amy Entelis, vice president, content development, CNN Worldwide. As she noted, I “went to law school for one day, walked up the steps and walked back down. It wasn’t for me.”

R. Lee Ermey, actor. He enlisted in the U.S. Marines at the age of 17 and served for eleven years. He later became a successful actor in Hollywood films, especially as a military man.

Eminem, rapper. He has a limited formal education, but “by the time I was 18 I had probably read the dictionary front to back like 10 times.”

Israel Englander, billionaire hedge fund manager, Millennium Partners. He dropped out of NYU’s MBA program to work as a floor manager at the American Stock Exchange.

Tom Epperson, novelist and screenwriter. After taking some classes at Henderson State University in Arkansas, he dropped out and headed for New York City to become a novelist. Four years later, he headed to Los Angeles to write screenplays.

Jeffrey Epstein, billionaire financier and convicted sex offender. He was a college dropout. He was killed in prison by persons unknown.

Anthony Ervin, Olympic gold-medal winning swimmer. He dropped out of the University of California at Berkeley after winning the gold medal and worked as a swim instructor for four years. Six years later he completed his bachelor’s degree and enrolled in a graduate program at UC Berkeley.

Jennifer Esposito, actress, model, dancer. She has not attended college. After discovering that she had celiac disease, she founded Jennifer’s Way to help others to learn how to live gluten-free. She has written a cookbook and founded a gluten-free bakery.

Eric Ethans, cofounder of Suja Juice. He dropped out after two years at Golden West College to open a raw food restaurant.

Jackie Evancho, classical-pop singer. She has not yet attended college.

Chris Evans, actor. He took a year off after high school to move to New York and then to Los Angeles to pursue a career as an actor. He started by living in the legendary Oakwood Apartments complex in Toluca Lake, aka Hollywood’s freshman dorm. He has not yet attended college.

Harry Evans, newspaper and magazine editor. He dropped out after one year at college. As he once noted, “My parents weren’t rich, but they save up enough to give me a year at college, where I learned shorthand and typing.” He later entered the army and edited his first magazine.

Drop out of school before your mind rots from our mediocre educational system. — Frank Zappa, musician, liner notes from the Freak Out album Click To Tweet

Drop out of school before your mind rots from our mediocre educational system. — Frank Zappa, musician, liner notes from the Freak Out album

We are shut up in schools and college recitation rooms for ten or fifteen years, and come out at last with a belly-full of words and do not know a thing. — Ralph Waldo Emerson Click To Tweet

We are shut up in schools and college recitation rooms for ten or fifteen years, and come out at last with a belly-full of words and do not know a thing. — Ralph Waldo Emerson, essayist 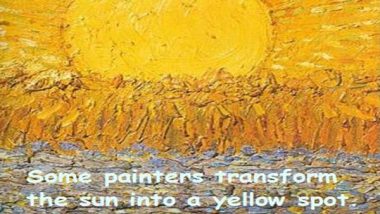 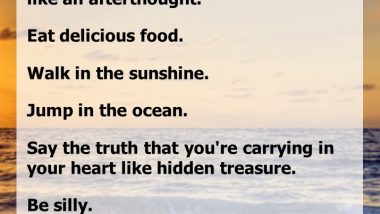