Clark Gable, Oscar-winning actor. He was a high school dropout.

Lady Gaga, nee Stefani Joanne Angelina Germanotta, rock singer and songwriter. She dropped out of New York University’s Tisch School of the Arts at the age of 19 to pursue her music career full time.

Oscar Gamble, major league baseball player. He was drafted by the Chicago Cubs right out of high school. He never attended college.

Amancio Ortega Gaona, billionaire fashion entrepreneur, third richest man in the world (early 2013). Born in poverty, he could not afford to go to college. He dropped out of high school and got a job at a local clothing store. He went on to found and build the Zara retail empire.

Melody Gardot, singer and songwriter. At the age of 19, while studying fashion at the Community College of Philadelphia, she was injured in a serious automobile accident that left her unable to continue college.

Brian Garfield, novelist. He wrote his first book, a pulp Western, at the age of 18. After a stint in the Army, he focused on writing. He’s most famous for his novel, Death Wish, which was made into a movie starring Charles Bronson.

James Garner, actor. He dropped out of high school and joined the U.S. Merchant Marine when he was 16. After receiving two Purple Hearts during action in the Korean War, he returned to the United States to become an actor. Before he became an actor, he had at least 70 different jobs, from pumping gas, to laying carpet, to modeling men’s clothing. In 1995 he received an honorary doctorate from the University of Oklahoma.

Bill Gates, billionaire co-founder of Microsoft, one of the richest men in the world, philanthropist. He dropped out of Harvard after his second year to work with Paul Allen on the venture that became Microsoft.

I realized the error of my ways and decided I could make do with a high school diploma. — Bill Gates

Ben Gazzara, aka Biagio Anthony Gazzarra, actor and director. He attended City College of New York for two years. He then took some classes in acting at the Dramatic Workshop of The New School in New York City. He did not finish college.

David Geffen, billionaire founder of Asylum Records and Geffen Records and co-founder of DreamWorks. A dyslexic, he dropped out of the University of Texas at Austin after his freshman year. He also flunked out of Brooklyn College. Admittedly, he has said, “I was a lousy student.” He started his career in entertainment by sorting mail at the William Morris Agency. He got that job by faking a degree from UCLA.

Peter Gelb, general manager of the Metropolitan Opera. He dropped out of Yale University after less than a month.

Richard Gere, Golden Globe-winning actor. He dropped out of the University of Massachusetts at Amherst after two years. 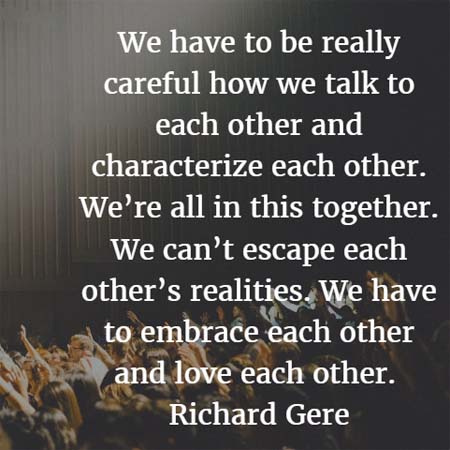 Alan Gerry, billionaire cable TV executive, philanthropist. He dropped out of high school during World War II to join the Marines. He then trained as a TV repairman on the GI bill. In 1956, he launched his cable business with $1,500.

George Gershwin, songwriter, composer. He was a high school dropout.

J. Paul Getty, billionaire oilman, once the richest man in the world. He failed to graduate from the University of Southern California, Berkeley, or Oxford University.

Amadeo Peter Giannini, multimillionaire founder of Bank of America. He was a high school dropout.

William Gibson, science fiction novelist, first to use the word cyberspace. He was orphaned at the age of 18. To avoid the draft and the war in Vietnam, he moved to Canada where he worked odd jobs. Years later he finally finished his first novel, Neuromancer. He never attended college.

Daniel Gilbert, psychology professor at Harvard University. He dropped out of high school but later earned an equivalency diploma.

Dizzy Gillespie, musician, songwriter. He dropped out of high school but later received an honorary diploma from the high school he attended.

Noah Glass, co-founder of Odeo and Twitter. He is a college dropout.

Jackie Gleason, actor and comedian. With 36 cents in his pocket, he left home after his mother died while he was still in his teens. He soon moved beyond amateur night shows and began working as a professional. He never finish high school.

John Glenn, astronaut, U.S. senator. He did not finish at Muskingum College in Ohio. According to Wikipedia, “In April 1959, despite the fact that Glenn failed to earn the required college degree, he was assigned to the National Aeronautics and Space Administration (NASA) as one of the original group of Mercury astronauts.”

Stephen Glover, screenwriter. He studied chemical engineering for a few years at Georgia Tech but quit because he was unfulfilled and overwhelmed.

Thomas Godwin, Olympic cyclist. He left school at the age of 14 and got a job delivering groceries on a bicycle.

Sam Goi, billionaire owner of Tee Yih Jia Food Manufacturing, the Popiah King. He dropped out of school to work in his father’s grocery store.

Eden Full Goh, works at Palantir. As a Thiel Fellow, she skipped college to start a solar company before leaving to work for Palantir.

Whoopi Goldberg, née Caryn Elaine Johnson, Oscar-winning actress, comedienne, talk show host. She dropped out of high school after getting hooked on heroin. She got cleaned up at the age of 20. She then worked as a bricklayer and trained as a beautician before hitting it big as a comedienne.

Hyman Golden, multimillionaire co-founder of Snapple. He was a high school dropout and one-time window washer.

Barry Goldwater, U.S. senator and presidential candidate. He dropped out of the University of Arizona after one year to take over the family department store.

Rebbeca Maire Gomez, aka Becky G, singer, actress, beauty entrepreneur. She became the youngest-ever CoverGirl ambassador at the age of 15. She has never attended college.

Mason Gooding, actor. He dropped out of New York University in his junior year to pursue acting. However, he is still looking forward to returning to NYU to complete his degree in dramatic writing.

Benny Goodman, clarinetist, bandleader. He dropped out of high school.

Bob Goodson, CEO, YouNoodle.com. He dropped out of Oxford University where he was studying for a master’s degree in medieval literature and philosophy.

Alex Gordon, professional baseball player. He dropped out of the University of Nebraska.

What would I do if I weren’t a ballplayer? I would have finished college. I went to Nebraska, and I’m good with animals, so being a veterinarian would have been cool. I looked into it in college, but I was so busy with baseball that I didn’t have time for it. — Alex Gordon

Joseph Gordon-Levitt, actor. A child star, he took time off to do two years of college, but then left college to act again.

Lew Grade, producer. He dropped out of high school.

John Graden, author of Black Belt Management. He dropped out of high school.

Johann Graf, billionaire gambling mogul. He started out as an apprentice in a butcher shop before he started importing pinball machines. He never attended college.

Steffi Graf, tennis star. She turned professional in her teens when she ran out of players good enough to challenge her. She never attended college.

Laurence Graff, billionaire jeweler. At the age of 15, he was apprenticed to a London jeweler. He never attended college.

Aubrey Drake Graham, aka Drake, actor, rapper, singer, and songwriter. He dropped out of high school when he landed a role in the Canadian TV series, Degrassi: The Next Generation. He graduated from high school at the age of 26. As he noted, it was “one of the greatest feelings in my entire life.” He has not yet attended college.

Franklin Graham, minister. He dropped out of college and wasn’t ordained until he was 29 (after fighting demon alcohol).

Heather Graham, actress. She studied English at UCLA before she dropped out to pursue acting full time.

Kelsey Grammar, actor. He attended Juilliard for two years but was kicked out for poor attendance. He went on to acting success in Cheers, Frasier, and Boss television shows.

Jacques-Antoine Granjon, multi-millionaire founder of Vente-Privee flash sale site. He failed his entrance exam to the Sciences Polytechniques in France. He started his career buying non-selling fashion clothing and selling it via discount outlets.

Cary Grant, Oscar-winning actor. A high school dropout, he left home at the age of 16 to become an acrobat and later an actor.

Pat Gray, radio talk show host. He originally got a job in radio as a teenager in order to save money for college, but when it was time to go to college, he realized he was already doing something he loved and was making a living at it. So he stayed with it.

David Green, billionaire founder of Hobby Lobby, religious philanthropist. He did not attend college. He started the Hobby Lobby craft chain with a $600 loan.

Mart Green, multi-millionaire founder of Mardel retail stores, CEO of Bearing Fruit Communications (aka EthnoGraphic Media), CEO and executive producer for Every Tribe Entertainment, chairman of the board of Oral Roberts University. Dropping out of college after one year, he founded Mardel at the age of 19.

Philip Green, billionaire retail mogul, Topshop. He dropped out of high school to apprentice with a shoe importer.

Francis Greenburger, literary agent, CEO of Time Equities, and billionaire real estate investor. He dropped out of high school at the age of 16 to invest in real estate. He finished his studies at night school and later attended and graduated from Baruch College.

Ashley Greene, actress. After graduating from high school, she immediately moved to Los Angeles to pursue a career as an actress. She has not attended college.

Tana Greene, multimillionaire founder of Blue Bloodhound and Strataforce. She graduated from Commonwealth Community College with a secretarial degree but never completed a 4-year degree.

Mr. Grey, art dealer. He is a college dropout.

Skylar Grey, singer, songwriter. She moved to Los Angeles at the age of 17 with a record deal, but went broke. So she worked her way up the coast doing odd jobs until she came up with her first hit song. She has not yet attended college.

Kathy Griffin, ex-comedienne. Her parents wanted her to go to college, but she refused.

Dave Grohl, rock musician, Nirvana, Foo Fighters. He dropped out of high school at the age of 17 to join a hardcore punk band.

Ken Grossman, multi-millionaire co-founder of Sierra Nevada. He dropped out of Cal State Chico to manage a bike shop and then opened a home brewing supply store.

Paul Gu, cofounder of Upstart online lending marketplace. As a Thiel Fellow, he skipped college to start his company.

Bob Guccione, Penthouse publisher. He did not attend college.

Carla Gugino, actress, model. By the age of 16, she was legally emancipated from her parents and was working as an actress and model in Hollywood. She did not attend college.

Jeffrey Gundlach, billionaire investor, DoubleLine Capital. He went to Yale University to go for a math doctorate, but left to go on the road as a punk rock drummer.

Joaquín Guzmán, aka El Chapo, head of the Sinaloa cartel. A grade school dropout, Guzman is, according to the DEA, a logistical genius. 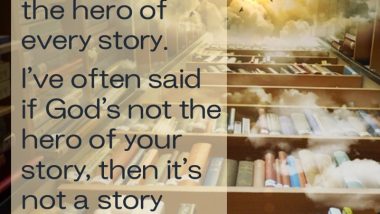 Will Graham: The Hero of Your Story 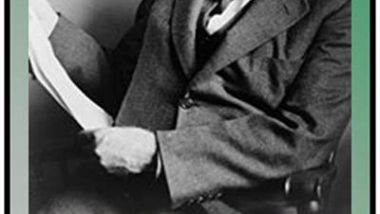