See the newer version of this post here: https://www.myincrediblewebsite.com/doomsday-predictions-that-never-happened-2.

Check out these 15 doomsday predictions that did not come to pass (13 in the past or present and 2 in the future):

By 1980: City-dwellers will need to wear gas masks to survive air pollution. Fact: The air is more breathable in most cities than the air of the 1970s.

By 1985: Air pollution will block 50% of the sunlight reaching Earth, resulting in global cooling and a coming Ice Age. Fact: The same people are now predicting global warming.

By 1989: The population explosion and resulting food shortages will result in mass starvation (The Great Die-Off) in which 4 billion people will perish. Fact: This did not happen. Mass starvation only occurs in socialist dictatorships.

By 1990: All lead, zinc, tin, silver, and gold reserves will be gone. Fact: All these minerals are still available.

By 2000: Global temperatures will be 11 degrees cooler. We will be in a new Ice Age. Fact: Now the same people are predicting global warming.

By 2000: The world as we know it will likely be ruined before the year 2000. — Environmental Fund letter. Fact: This did not happen. The world has gone on just fine.

On January 1, 2000 (Y2K): Computers will go haywire and plunge the civilized world into chaos. Fact: The world remained quite stable. Computers are still working.

By 2006: As the 21st century progresses, stronger Katrina-like hurricanes will occur more frequently. Fact: So far, that’s not happening.

By 2011: We’re gonna run out of oil. — Jimmy Carter, U.S. president. Fact: We have more accessible oil than ever before.

By 2015: In 2014, the French foreign minister said, “We have 500 days to avoid a climate crisis.” Fact: That didn’t happen. The climate goes along very capably without French guidance.

In 2016: Many pollsters and media talking heads predicted that Hillary Clinton would win the popular vote by double digits and defeat Donald Trump in an Electoral College landslide. Fact: Trump won. Clinton lost.

In 2020: A number of idiots predicted that the COVID-19 pandemic would result in as many as 2.2 million U.S. deaths. Not happening this year. Fact: this prediction was wrong by 1000%.

In 2020: Mainstream media and a number of government swamp dwellers proclaimed that the 2020 presidential election was the safest and securest election ever. Fact: It was an election coup with millions of stolen votes. This will be proven soon.

By 2030: It’s only going to get worse as climate gets worse and more and more people are harmed. We have 11 years to avoid catastrophe. — Jane Fonda, actress, in 2019. Fact: Catastrophe is not about to happen by 2030. Thank God, we can trust such scientific minds as Jane Fonda to get things absolutely wrong.

[The bad winter weather] is directly related to the warming, even though your instinct is to say, wait a minute, this is the new Ice Age. But it’s not. It is coming from the global warming and it threatens all the normal weather patterns. — John Kerry

By 2031: In 2019, uninformed U.S. representative Alexandria Ocasio-Cortez proclaimed, “The world is going to end in 12 years if we don’t address climate change.” Fact: As with all her proclamations, this was was also wrong. AOC is an overeducated fool, plain and simple.

By 2050: Consistent with rapidly rising global temperatures, 15 U.S. cities will be under water.

We don’t know about this one. We have 30 years to see what happens. If you want to be credible in making predictions, make them so far away that no one will be able to verify your predictions.

And a few more predictions with no set time frame:

In 1922, the Washington Post warned that the Earth was warming rapidly, that ice caps would soon be gone, that coastal cities would soon disappear, and that oceans were dying. Their predictions were for the coming few years. So far, 100% wrong. But, then, it’s only been 98 years since these predictions were made. No soon enough?

In 1970, the first Earth Day organizers warned that the people of Earth were in great danger of death and starvation because the Earth was COOLING rapidly. Within years, they changed the warning to global warming after the Earth failed to cool. So far, 100% wrong, both ways.

Free download for the next 10 days — 420-page book full of details on how the Democrats and their allies stole the 2020 presidential election by completely wiping out a Trump landslide! 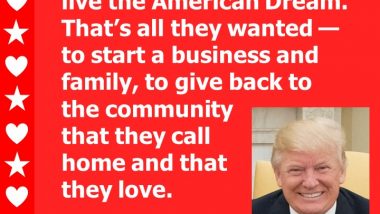 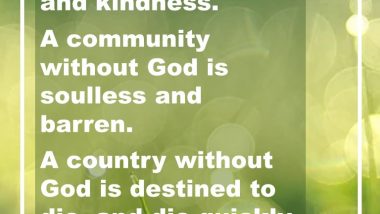