Do you love Canada, TV series, or television? Then check out these TV shows set in Canada or television series related to Canada in some other way. I Love Canada!

Alone — History survival competition set on Vancouver Island, British Columbia. Season 6 is set in the above the Arctic Circle in Canada.

Anne With an E — Netflix drama based on Anne of Green Gables, set in Avonlea (fictional), Prince Edward Island

The Brigade: Race to the Hudson — Outdoor Channel reality show across a treacherous fur trade route 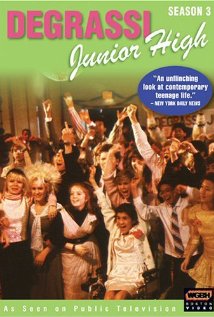 Harper’s Island — CBS mystery drama set outside Seattle, but filmed on Bowen Island in British Columbia as well as several locations in Vancouver.

Heartland — CBC drama set on a ranch near Millarville, Alberta, and the fictitious town of Hudson (with the real town of High River for location shots).

Northern Exposure — Netflix drama set in a small Ontario town. It was filmed in and around Parry Sound.

Nothing Too Good for a Cowboy — CBC western set in Vanderhoof, British Columbia

Pure — CBC and Hulu drug drama set in Antioch, Ontario (fictional) as well as the state of Texas and the Mexican state of Chihuahua. It is filmed in Nova Scotia.

Ransom — CBS crime drama with headquarters set in Montreal, Quebec. The series is filmed in Toronto, Ontario, and many other places around the world.

Schitt’s Creek — CBC comedy. It is filmed in Goodwood, Ontario and Unionville, Ontario.

Tales from the Loop — Amazon Prime science fiction show set in Mercer, Ohio. Most of the series was filmed in southern Manitoba.

Ties That Bind — UP crime drama set in Seattle and its suburbs. It is filmed in and around Vancouver, British Columbia.

21 Jump Street — Fox crime drama shot in Vancouver, British Columbia but set in an anonymous U.S. city. Based on a real-life crime unit based in Los Angeles, California.

When Calls the Heart — Hallmark Channel western set in Coal Valley (fictional). It is filmed in Langley and Vancouver, British Columbia.

When Hope Calls — Hallmark Channel western set in Hope Valley (fictional). It is filmed in Langley and Vancouver, British Columbia.

X Company — CBC war drama set at Camp X in Whitby, Ontario, and in France, Poland, and Germany. Much of it was filmed in Romania.

Many syndicated and network TV shows are filmed in Canada, especially in Vancouver or Toronto.

Do you love Canada, TV series, or television? Then check out these TV shows set in Canada or television series related to Canada in some other way. I Love Canada! #Canada Click To Tweet

If you know of any other TV series or shows set in Canada or any U.S. state, please comment below. Thanks! 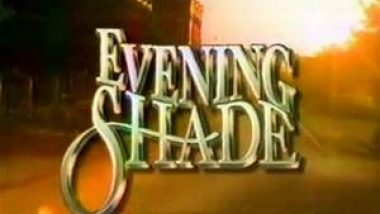 8 Reasons to Love a Cat!

The Greatest Prayer in the World