Do you love Utah, television, or TV series? Check out these TV shows set in Utah or television series related to Utah in some other way. I Love Utah! 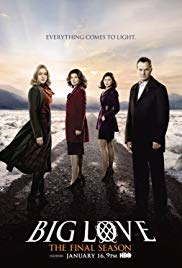 Under the Banner of Heaven — FX drama set in Utah

If you know of any other TV series or shows set in Utah or any other state, please comment below. Thanks!